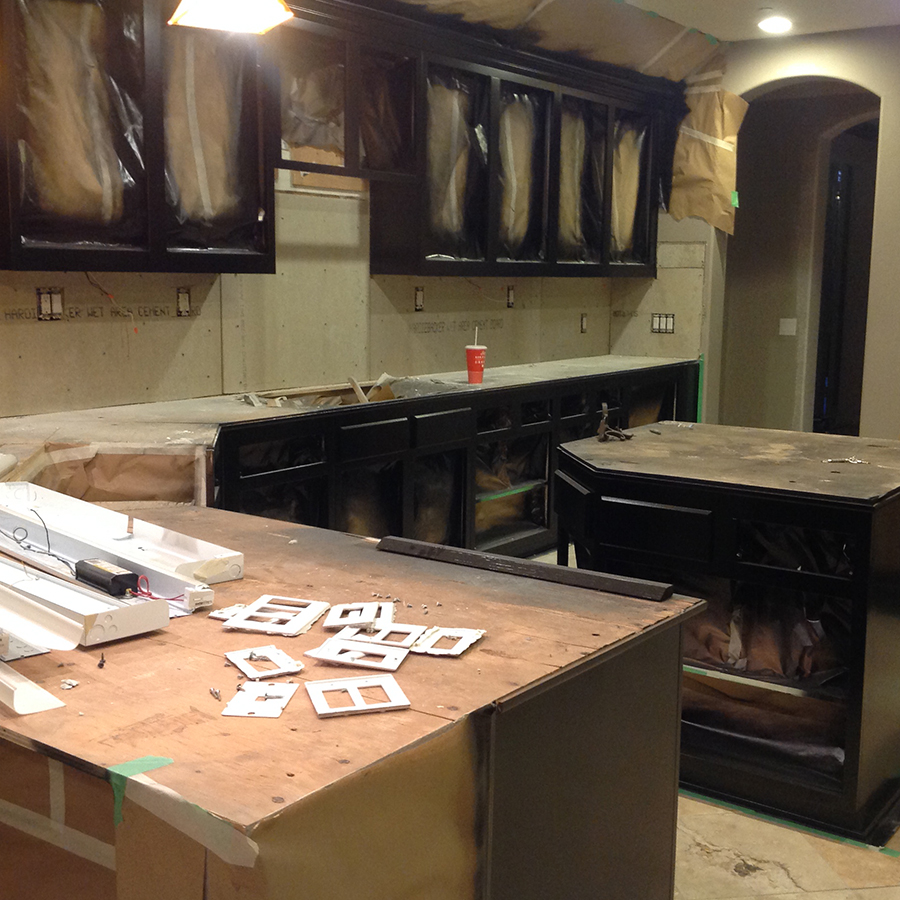 Congratulations! Here’s the key to your new home.You step inside, wander around, and imagine how you would want everything to look like- from floor to wall. Shortly, the surge of ideas bursts one after the other. This is it. Your dream home unfolds right before your eyes.Walking towards the kitchen, you see the space bare and empty. You figure out the color scheme, the layout, and the design of the area. Overwhelmed by every little detail you want inside the four corners of your kitchen, the excitement builds up. You create a mental picture of a perfect Sunday morning, where every one in the family is busy preparing breakfast right in this room.And then it hits you. An island. You’ve always wanted one inside your kitchen ever since.But a question pops in your head:Will my kitchen space accommodate such layout?Hence, you go back to square one- or triangle, rather. The “Work Triangle,” to be exact. The concept connects the three fundamental workstations of the kitchen: the sink, the range, and the fridge. It is an efficient arrangement which makes kitchen preparations easier and keeps workspace traffic to a minimum. Moreover, it gives you an idea whether an island or a peninsula fits the area.IslandIslands are great, but only if you have the space. Before thinking of having one in your kitchen, ask yourself first:Will there be enough space in my kitchen if I add an island?Can I move between each area of the work triangle without distractions?Will my cabinets, appliances, oven, and dishwasher open easily without obstruction?If you answered “yes” to all three questions, that is awesome! An effective island ensures a smooth workflow in the kitchen while providing comfortable space during preparation and cooking.If you think your kitchen has a limited space, there are a lot of options to make an island work. Reduce its depth, customize its height, and tailor the cabinets based on the needed functionality. You can even add wheels underneath to achieve mobility.The possibilities are limitless. Your island can also double as a multipurpose workstation. Just add some bar stools. Include an induction cooktop. Or throw in a wine cooler, perhaps? With the right design, shape, and size, your kitchen island can be incredibly useful and versatile.PeninsulaFor smaller kitchen space, having a peninsula is a better choice.With one end fixed to a wall, a peninsula allows movement on its three sides without requiring as much space as an island. It actually is a practical option for a narrow kitchen which requires the same functionality.In addition, it can define the kitchen as a separate space from the adjoining room. It creates a border between the working area and the living space. It gives the cook a much needed room while keeping everyone else out of the way.Nine out of ten would prefer an island in their kitchen. The question is:Do you have a room for it?If you are pretty much confident with a resounding “yes,” go ahead. Get yourself an island. But when in doubt, don’t!Often, some homeowners put up an island for the sake of having one right smack in the middle of their kitchen. Eventually, a few find themselves regretting the idea after finding out that the island itself becomes merely an obstacle.Ultimately, both island and peninsula share the same function:

accommodate enough space for cooking, dining, and chitchats.
Before making a final decision, understand the potentials and the limitations of your kitchen space. Know how you would want your kitchen connected with the rest of the house. From there, decide on which of the two layouts works better- in both form and function- inside your kitchen.