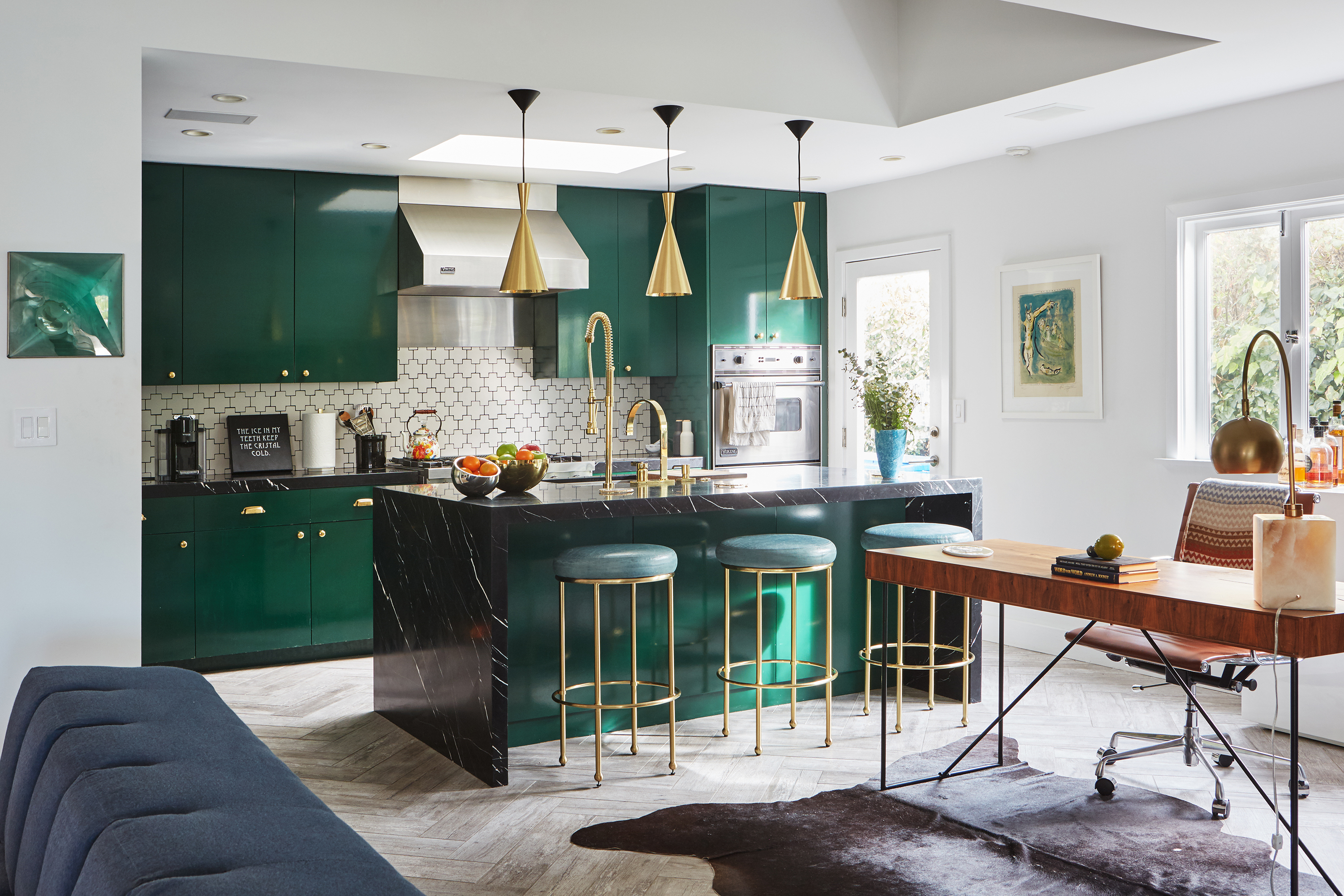 Red is a warm color and associated with strong emotions such love, comfort and warmth. While red seems to evoke these strong positive feelings it also appears to exacerbate strong or negative feelings such as anger or wrath. The color red apparently intensifies our emotions whatever they be. Red makes some persons feel confident and powerful and we wear it if we want to be noticed. Red is used to decorate certain rooms in the home. It is said to stimulate the appetite when used in the dining room or kitchen.At the other end of the color spectrum is blue which has a cooling and calming effect. Imagine how it makes you feel to look out at a cloudless light blue sky. It is also associated with intelligence and productivity. For this reason it is often used to decorate the office. Because of its calming effect blue very often decorates the bedroom. Blue is non threatening and is viewed as a sign of reliability and stability. It is also a favorite color of many so is considered conservative.In the center of this color wheel we find the color purple which is most often associated with wealth and royalty. According to some authorities on color psychology the color purple is a balance between the two primary colors of red and blue. So, one would expect it to have a stabilizing effect on our emotions. But maybe that is the reason it is considered to be so mysterious by some. Is our mood swayed by the intensity of red or the amount of blue in the certain shades of purple?Wisdom and spirituality are often associated with purple. In ancient times purple was extremely expensive and could only be afforded by the most affluent of persons. The reason for this is because it rarely occurs in nature and in those days was very hard to produce. Hence, only the very wealthy could obtain purple clothes or other purple things.Purple is liked by both women and men and is often used in decorating. It has a calming effect on both mind and nerves and yet is emotionally uplifting and stimulates creativity.Wisdom and spirituality are often associated with purple. Purple, it appears, has the qualities of both red and blue.Purple has several shades each having a different meaning. Light purple or lavender is feminine and romantic. Bright purple is the shade most often attributed to wealth and royalty. Dark purple is believed to evoke sadness and frustration.Irritability and arrogance, it is believed, are brought on by too much purple, even making one impatient with others. Too little purple brings about apathy and negative feelings.

So, are you as confused as I am when it comes to decorating your home of office with purple? Do you like to wear purple? I started this article with the intention of blending the moods evoked by red and blue into one blended mood associated with purple.In closing it appears that one should keep in mind the different shades of purple when using them in the color scheme. It seems that you can have purple in any room of the house or even wear all the purple you want. Just be mindful of the effect certain shades can have on the mood.